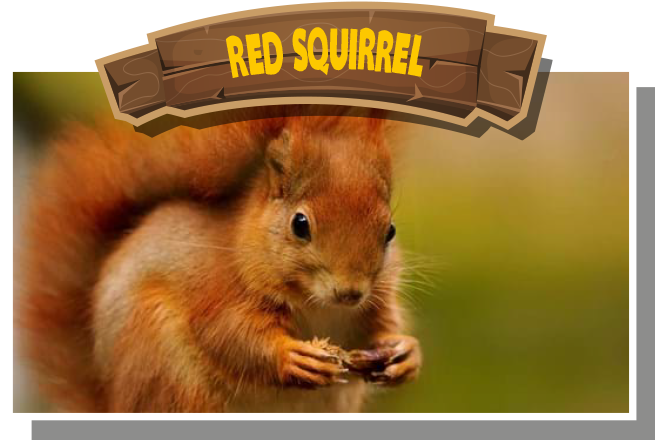 The red squirrel is our native squirrel in the UK, Red Squirrels feast on hazelnuts by cracking the shell in half. You may also find pine cones that have been nibbled, leaving what looks like an apple core behind. Red squirrels make a rough nest, called a ‘drey’ out of twigs, leaves and strips of bark in the fork of a branch, high up in the tree canopy.

Fun fact:
Red Squirrels don’t hibernate, in winter they rely on food that they have previously buried and they can locate their food supplies in over 1 foot of snow. 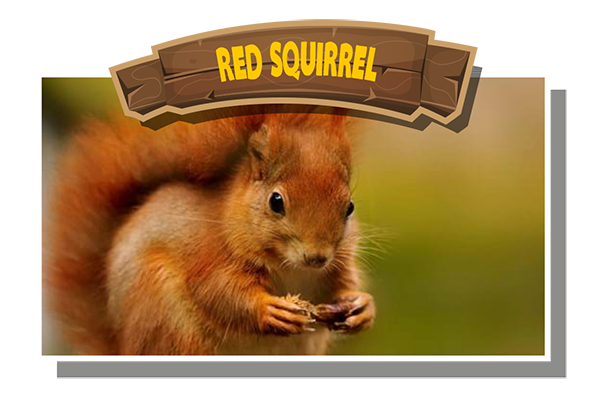 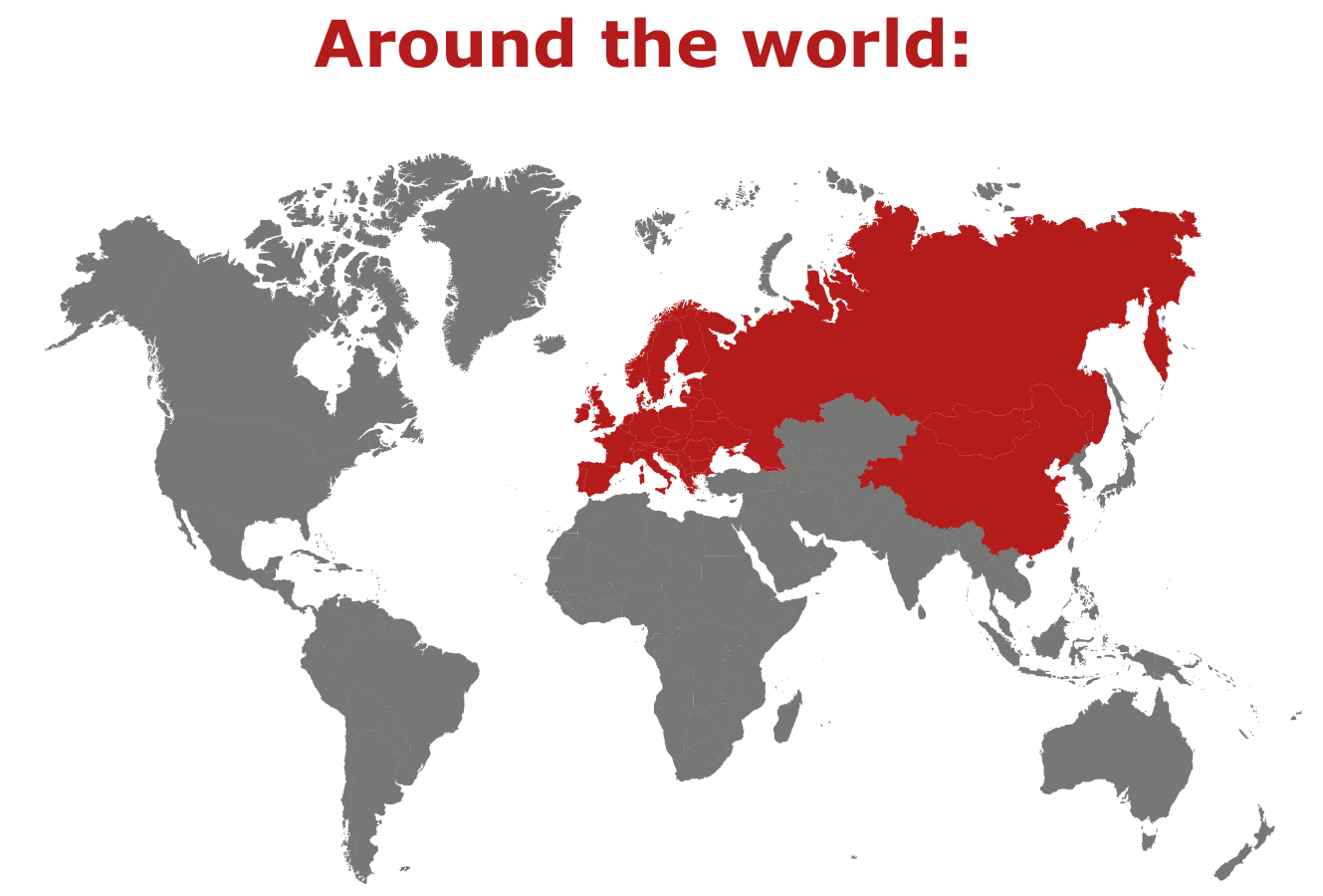 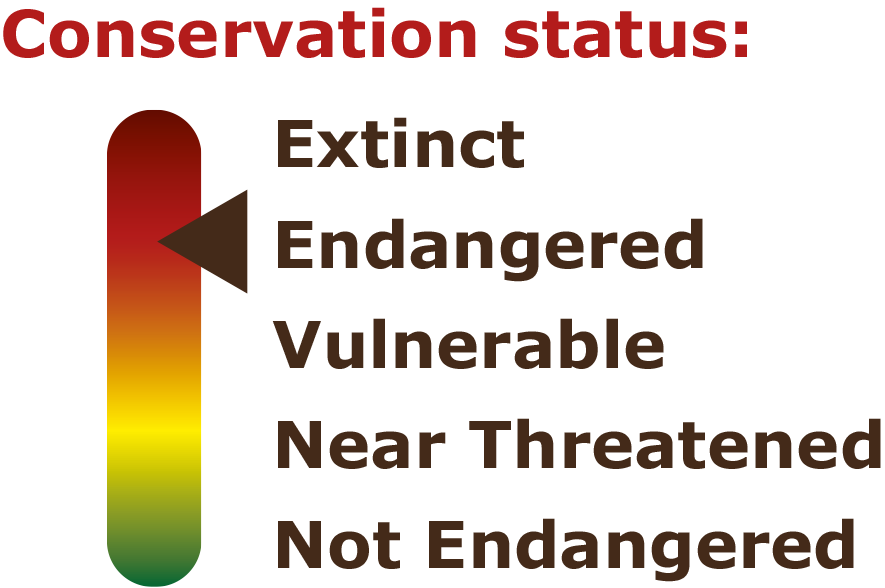