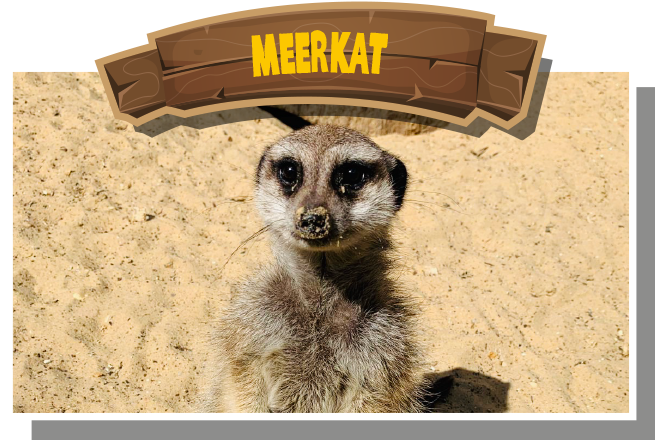 Meerkats are active carnivores that live in burrows in Africa. Remarkably social, they live in groups that can number up to 30 individuals (called mobs) that cooperate in keeping watch over the mob and scare off predators or other meerkats.

Fun fact:
One member of the group will act as a sentinel, on the lookout for predators. The sentry will stand on its hind legs, often using its tail as support, or perch in a bush or tree, scanning for danger. Individuals rotate sentinel duty throughout the day. 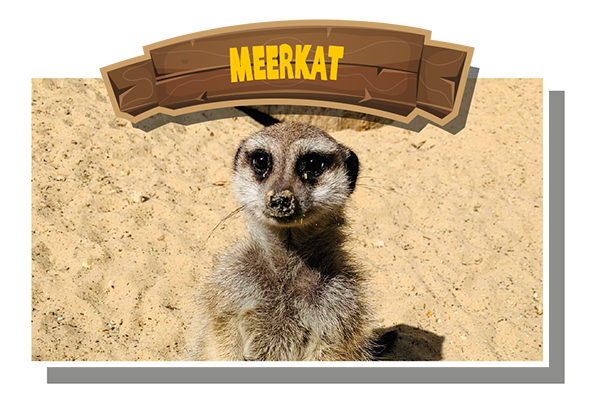 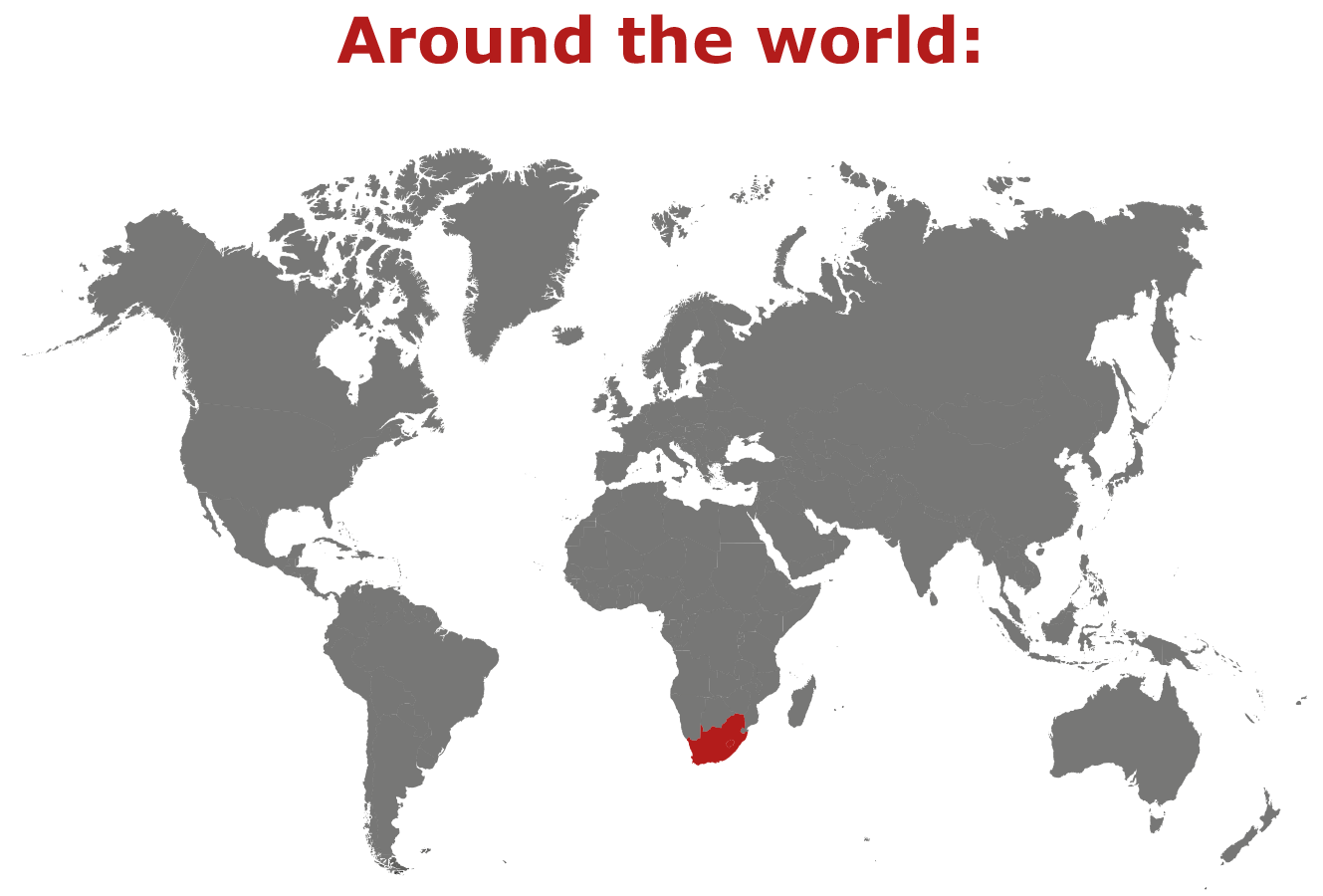