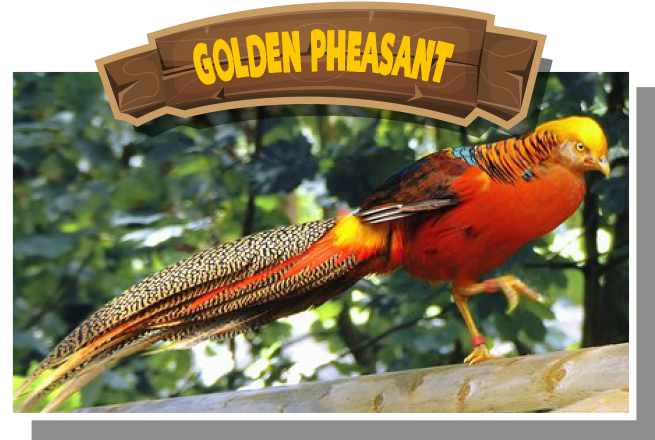 The Golden pheasant is a colourful bird native to forests in mountainous areas of China. The adult male is unmistakable with its golden crest and rump and bright red body. The deep orange “cape” can be spread in display, appearing as an alternating black and orange fan that covers all of the face except its bright yellow eye with a pinpoint black pupil.

Native Habitat:
They prefer dense conifer forests in mountainous regions but can also be found in mixed forests with thick shrubs.

Around the world:
China 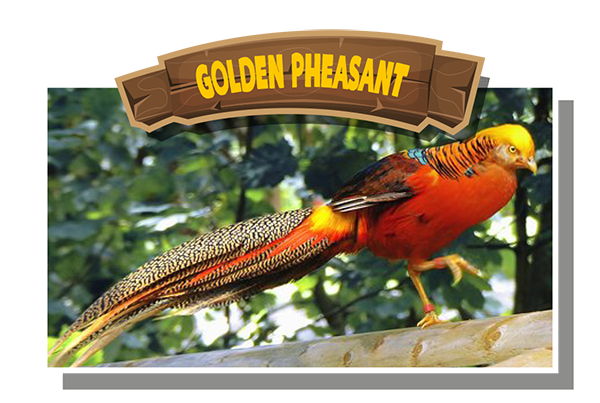 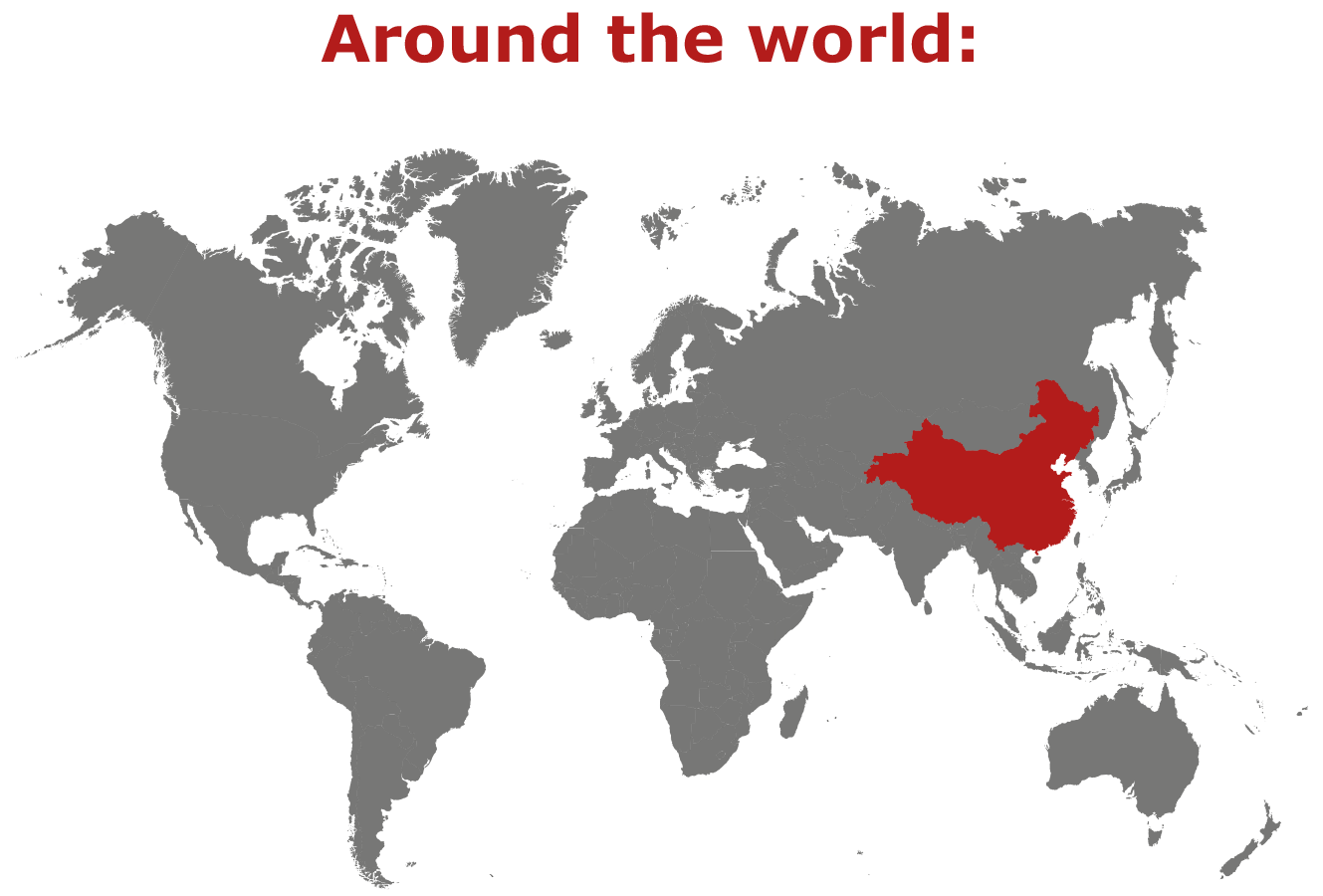