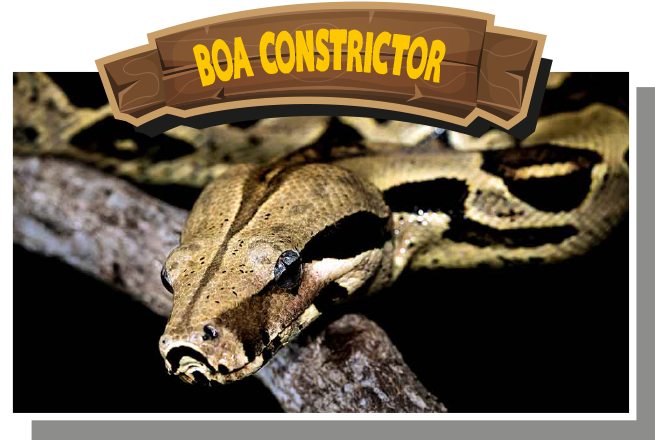 The Boa constrictor is a species of large, non-venomous, heavy-bodied snake that is frequently kept and bred in captivity. The colouring of Boa constrictors can vary greatly depending on the locality. However, they are generally brown, grey, or cream base colour, patterned with brown or reddish-brown “saddles” that become more pronounced towards the tail.

Native Habitat:
These snakes live in a wide variety of environmental conditions, from tropical rainforests to arid semidesert country. However, they prefer to live in rainforest due to the humidity and temperature, natural cover from predators, and a vast amount of potential prey. They are commonly found in or along rivers and streams.

Fun fact:
They don’t kill their prey by suffocating it. Boa constrictors are ambush hunters, often hanging from a tree until they can grab a passing animal with their jaws. Once that happens, they create two or more loops with their bodies to fully encircle their prey.

Around the world:
South America 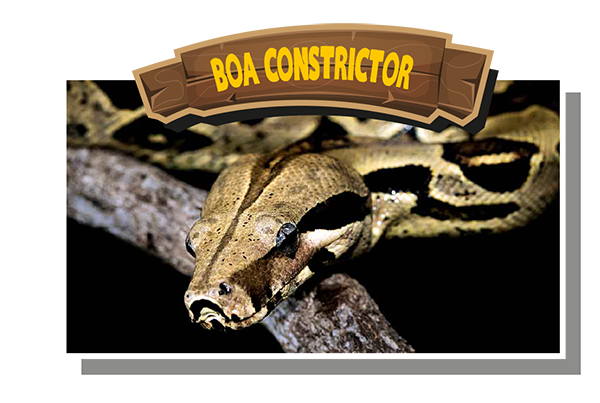 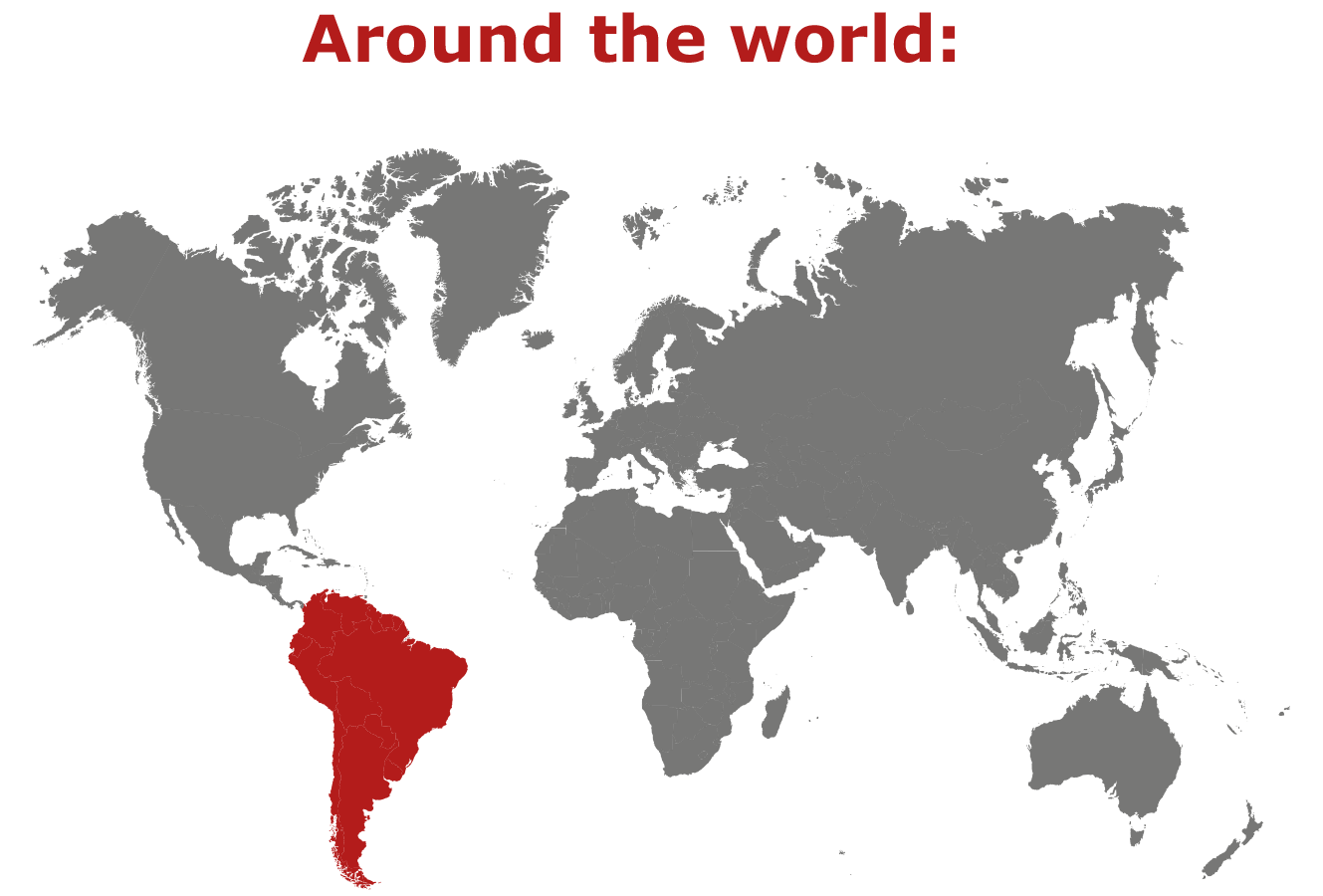